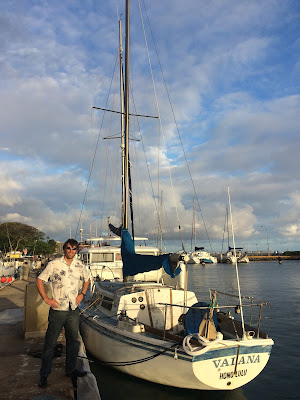 She's a Cal 34 - Sail number 22 built in 1967.  Her classic lines caught me off guard and I fell hard. After a year of lusting over this ole girl, it was time to make the move. The Internet says Vaiana is a Tahitian word and means water of the cave.  However, according to the former owner for the past 30 years, it means sea bird.  Either way, the name is staying, it fits the boat and I like it.


The Night Moves sold in Sept 2013.  The Bill of Sale was signed at Tropic's Tap house, keys and check exchanged under the careful supervision of the Heineken light girls.  It is true what they say about buying and selling a boat.  The two happiest days of a boater's life are when you buy and then sell your boat.  Instantly all the projects that were on my plate were swapped out for a check $$. Now that is an amazing feeling.  But what they don't say is the emptiness you feel weeks later realizing you're boatless.
Posted by James at 7:03 PM No comments:


Finally got a chance to get out on the ocean and make some serious miles since the last trip on Claudia IV.  This time the passage was from Oahu to Hiva Oa in the Marqueses.  We sailed 2,950nm in 25 days with a crew of four on a 37' Lagoon catamaran.  The office job was kind enough to grant me the time off.   Already looking forward to the next opportunity as I write this from my office chair.  As per the swashbuckler tradition, videos are below.  If any loyal swashbuckler fans are out there, thank you for checking the blog.  I'm terrible at keeping up with correspondence, but am prepared to give it a go if you so decide to drop line. 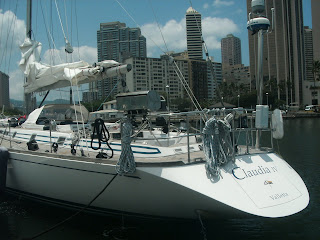 Swashbuckler got some leave from work and is signed on to crew the sailing vessel Claudia IV, a Swan 68. This boat is beautiful and fully equipped with every modern day convenience, minus email. Myself and three others will be delivering the boat from Honolulu to Vancouver. We hope to depart today provided some extra parts arrive in the mail. Looking forward to a good passage on an amazing boat with some very talented sailors. JC
Posted by James at 12:17 AM No comments: 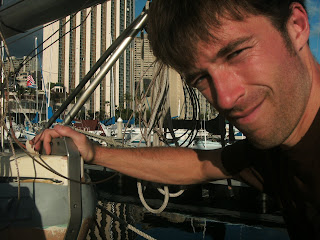 The last piece of the puzzle was finally fabricated Thursday. The Headstay chainplate, the most critical piece to the standing rigging, was made by a guy named Brendan at Universal Metals. It's taken just over a year to get this piece. It started with one guy saying he would build it, but took nearly 9 months, then a collaborator came along, did great work, took it back to the welder who measured from the wrong end during the welding process, rendering it useless despite the perfect welds. At this point it was time to pay the big bucks to the professionals. A template needed to be made of the bow as well as a wood model to give to the professionals to draw. Well, the template and model were cherry, but the professionals seemed to have a hard time at following directions. It took them three times to get it right, but they finally got it, and it fits like Cinderella's slipper.
Posted by James at 4:26 PM No comments: 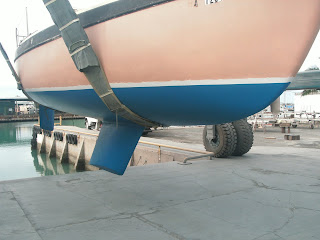 Take a look at that bottom. That's 100 man hours of work over 3 days. Last weekend was a learning experience like no other. It was epic. Rather than describe all the colorful moments of grinding, prepping, and painting, I'm going to make a list of stuff I learned. The sense of satisfaction this picture depicts is mind blowing.


That's about it. We'll haul out again in 6-12 months to install new through hulls and put on some more bottom paint. Coming soon...standing the mast.
Posted by James at 10:48 AM No comments: 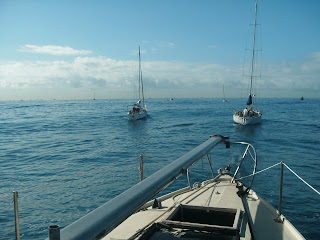 Feb 27, 0900hrs, Keehi Lagoon channel - Night Moves being towed by John and Lisa on Kia Makani. The Destructive wave was scheduled to strike the shores of Oahu at 1137hrs. Hundreds of boats were leaving the harbors. I saw boats on the water I'd never seen before. It was awesome. The tsunami came, but was very small, creating strange currents and surges in the channels. Night Moves returned to her berth at 1530hrs. 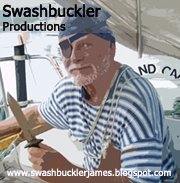 James
Honolulu, Hawai'i, United States
"Twenty years from now you will be more disappointed by the things you didn't do than by the ones you did. So throw off the bowlines, sail away from the safe harbor. Catch the trade winds in your sails. Explore. Dream. Discover." -Mark Twain